To address chronic poverty and vulnerability, the Government of Bangladesh (GoB) is implementing a large number of social safety net (SSN) programs. These programs address poverty and vulnerability from a broad perspective: through education, health, nutrition, employment, disaster response programs, etc. Vulnerable groups, particularly the elderly, women, children, and disabled persons, are given priority in the delivery of safety net support. Programs provide benefits in the form of food, cash transfers, or a combination of the two, and are administered through the Government agencies and elected local governments.

Existing studies suggest that some of Bangladesh’s safety net programs have shown to be effective at reducing poverty and improving gender outcomes. Participation in programs such as VGF (Vulnerable Group Feeding) and RMP (Rural Maintenance Program) had a significant positive impact on household food consumption, on female calorie intake and other measures of female empowerment. Safety nets have also shown to have a positive effect on mitigating both seasonal and non-seasonal food deprivation.

The Employment Generation Program for the Poorest (EGPP) program, in response to the 2007-2008 food price crisis to provide short term employment to more than 600,000 poorest households annually during the two lean seasons, was quite successful. Allocations of other existing large food based SSNs such as Vulnerable Group Feeding (VGF), Gratuitous Relief (GR), Food for Works (FFW) and Test Relief (TR) programs, which are aimed at mitigating the adverse impacts of seasonal shocks and emergencies, were also increased since then.

These programs being implemented since the 1960s combine two objectives:

The public Food Distribution System (PFDS) supplies food grains to various food-based safety nets, which account for around three-quarters of its total PFDS food grain distribution. In addition to the food based public works programs (FFW and TR) and the OMS, the three other largest food based programs include VGF, GR and Vulnerable Group Development (VGD) programs. While VGF has a pre-defined benefit package and focuses on food security needs of poor households, GR offers both food and other transfers (e.g. blankets, CI sheet, cash, etc) to meet the needs of disaster affected poor households. VGD on the other hand combines

food based transfers with training on income generating activities, and is targeted exclusively towards groups of women.

Estimations from nationally representative household surveys (HIES 2005, 2010) suggest that even though the SSN coverage of poor has improved over time it nevertheless remains low: in 2010, a third of the poor participated in at least one social assistance program as compared to 21 percent in 2005. These results also suggest large scale inclusion errors among the SSN programs. The proportion of SSN programs recipients who are non-poor increased from being 44 percent to almost 60 percent. Similarly, the share of total program spending accruing to the poor (targeting efficiency) dropped from 52.6 to35.3 percent within the five year period. Average transfer adequacy (i.e. generosity) on average is also low, and has worsened over the years: the share of real value of transfers of the total consumption levels of poor households has almost halved, falling from 22 to 11 percent.

The five of the largest SSN programs are implemented by the Ministry of Disaster Management and Relief (MoDMR), and constitute a little more than a third of the total social protection budget (which was about 14% of the Government budget in FY13). These five SSN programs include the EGPP, FFW, TR, GR and VGF, and together these programs received an allocation of US$678 million in FY13. According to a 2011 IFPRI survey, even though these programs are relatively more pro-poor than some of the other SSNs, there is scope for improved targeting of their resources. With its more stringent eligibility criteria relative to the other programs and bank-transfer payment system, EGPP is much better targeted than other SSN programs – it has the highest proportion of its beneficiaries who belong to the poorest twenty percent of the population compared to any other SSN program.

Nevertheless, there is still room for improvement: around 29 percent of EGPP beneficiaries in

2011 were in the top three expenditure quintiles of the consumption distribution. A 2010

household survey on EGPP show similar results: 22 percent of EGPP participants were from

above the poverty line. In the case of VGF and GR 40 percent and 43 percent of their

beneficiaries are from the top three quintiles respectively. It is important to note these are relatively better outcomes than many other countries. In Latin America and Eastern Europe and Central Asia the mean coverage rate of the poorest quintile is 19% and 42% respectively.

According to the HIES 2010, on average, there is a variation in the leakage in benefits by programs as reported by beneficiaries. While households reported their expectations for benefits under VGF and GR were 14 kg and 18 kg respectively, program guidelines report GR entitlements to be 10 to 20 kg, while in the case of VGF the range is also between 10 to 20kg. Leakage in benefit amounts is not unique to Bangladesh, and is a challenge faced by many developed and developing nations.

The MoDMR recognizes these challenges with regards to coverage, targeting, leakage and administration of its five major safety net programs, and understand the urgency to improve their performance. A more effective targeting and efficient program administrative system that improves beneficiary identification and reduces opportunities for leakage in benefit amount could substantially increase the coverage of poor households within the existing budget envelope and have a larger impact on poverty. Thus, in a nutshell, this is the genesis of the project.

The broad objective of the project is to assist the MoDMR in developing an integrated system of safety nets administration that focuses on improved targeting, and efficient and transparent implementation. Investing in these systems for implementing these large safety nets would not only help to increase a much needed coverage of the poor in the short term, it would also help GoB improve the quality of a large amount of public expenditure earmarked for SSN programs in the medium term.

The World Bank, as the project stipulates, will support the Government of Bangladesh with a USD 500 million IDA Credit which will reimburse a portion of expenditures under selected MoDMR programs upon achievement of agreed performance targets and provide technical assistance to help achieve these performance targets. This Credit will be implemented through the Safety Net Systems for the Poorest (SNSP) Project, which will consist of three components, the first two of which will be implemented by MoDMR (through DDM), while the third will be implemented by the Statistics & Informatics Division (SID), through the Bangladesh Bureau of Statistics (BBS).

The components of the project are as follows:

(1) Support to MoDMR Social Safety Net Programs (USD 430m): This component aims at improving the implementation of selected MoDMR programs by incentivizing the achievement of pre-determined performance targets. Upon achievement of these performance targets, known as Disbursement Linked Indicators (DLIs), the Bank would reimburse up to 80% of wages paid to beneficiaries of EGPP and TR during the relevant fiscal year. There are eight DLI focus areas, each having a specific target during the period from, and including, FY 2013-14 to FY 2016-17.

(3) Developing the Bangladesh Poverty Database (USD 40m): This component will provide technical assistance for BBS to collect data for, and manage, the BPD.

Activities as in Component 2, equivalent to USD 30 million, will support the achievement of the performance targets required for the partial reimbursement of EGPP and TR, and aim to improve targeting of program resources to the poorest households in Bangladesh; strengthen administrative capacity to manage MoDMR safety net programs; and enhance governance and accountability measures related to MoDMR programs.

The broad objectives of this Project is to improve the equity, efficiency, and transparency of major social safety net programs to benefit the poorest households. In order to achieve the objective, the technical assistance project will focus on three key results areas:

The IDA Credit is expected to commence financing (inclusive of any retroactive requirements) from July 1, 2013, and end on December 31, 2017. As such, this will provide direct support to MoDMR programs (i.e. EGPP and TR) for four full fiscal years (i.e. FY 2013-14 to FY-2016-17) and an additional six months to complete other project activities, including transfer of resources, submission of necessary reports, etc.

The Government’s total budget for EGPP and TR exceeds Tk. 2,500 crore in FY 2012-13, and this trend is expected to continue during the period of IDA financing. The World Bank will reimburse up to 80% of Government expenditures on cash based wages (i.e. eligible expenditures) paid to beneficiaries of these two MoDMR program, not to exceed the equivalent of USD 430 million over the course of the SNSP Project.

The reimbursement of eligible expenditures require the achievement of performance targets – disbursement linked indicators (DLIs) across eight strategic areas. These include incremental improvements to the following:

and have been agreed between MoDMR/DDM and the World Bank. Timely implementation of activities under this technical assistance project will ensure that DLI targets are met, which will mean that MoDMR programs will see improvements in their design and operations, and IDA financing will help support the Government budget for EGPP and TR.

This technical assistance project, is a successor to the ongoing Operations Support to the EGPP Project being implemented by MoDMR, and as a second phase of a long-term programmatic engagement with the World Bank aimed at improving the design, implementation and monitoring of safety programs. 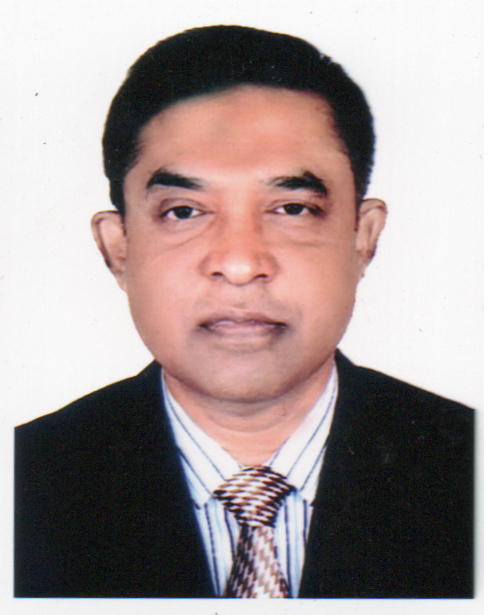